Criminal Defense Attorney Serving Clients Throughout All of Arizona

In Arizona, if a crime involves someone being placed in fear by a gun or a knife, or results in any serious injury, prison is mandatory upon conviction. Although people frequently act in self-defense, or in the defense of others, they are nonetheless charged and prosecuted as though there was no justification for their conduct. Recent changes in Arizona law make it easier to prove self-defense in aggravated assault cases.

Another recent change to Arizona law has created a new type of aggravated assault. 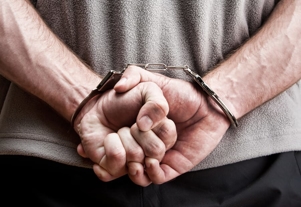 Law enforcement officers and prosecutors are often very quick to file aggravated assault charges based upon strangulation as it is a ‘hot topic’ and because many agencies are receiving grant money or other funding to pursue this type of case. When a victim claims that they were choked or strangled during an assault, typically during a domestic violence incident, law enforcement officers will ask that a forensic medical examination is conducted.

This is now possible due to the funding and grants. During the forensic medical examination, a specially trained nurse will examine the victim for marks or other evidence that is consistent with choking or strangulation. For example, it is common to see popped blood vessels in the eye of someone who has been choked or strangled.

Like many types of government funding, it’s a use it or lose it situation law enforcement and prosecutors are now aggressively pursuing. This is why there has been a trend toward the over-charging of aggravated assault by choking and strangulation. Law enforcement and prosecutors rely on a published study concerning medical evidence of strangulation, but most don’t understand the study and take liberties in using its conclusions to bolster their case.

In a recent case, our client was charged with aggravated assault based on an allegation that he choked his spouse in a domestic violence altercation. We retained perhaps the best expert in the country on strangulation to evaluate the case – the author of the study on which law enforcement and prosecutors were relying. Our expert witness showed how prosecutors were misquoting and misinterpreting her study and how the evidence actually showed that no choking or strangulation occurred. The aggravated assault charges against our client were dismissed.

Our Phoenix criminal defense attorney works closely with experienced private investigators - usually retired law enforcement detectives and federal agents - and put the prosecutor's case on trial. This means digging through every piece of evidence and finding the weaknesses in their case. Oftentimes, we find that law enforcement doesn't have all the facts so we dig them up, prove their facts wrong, and work to help get cases dismissed.

We can actively consult with the following to aggressively defend your case:

In addition, we often look at medical records, toxicology reports, DNA evidence, and obtain the evidence about which prosecutors don't want us to know.

In a recent high profile case, we found DNA evidence proving our client's innocence of which the investigating detective and prosecutor ignored, and certainly did not make us aware. Both the detective and the prosecutor were treated to a nasty chewing out by the judge and, after a 3-week trial, our client was found not guilty in less than 20 minutes.

Assault Lawyer Near Me in Phoenix

There really is no substitute for decades of experience. Defending aggravated assault, drive-by shooting, and violent crime offenses is not something that anyone can learn in a book, and not something that any lawyer can learn overnight. Our lead Phoenix assault attorney, Jason D. Lamm, has earned his reputation both as an aggressive and tenacious trial attorney and an aggravated assault defense lawyer through years of hard work and attention to detail.

With stakes this high, our experience matters and your freedom may depend on us. If you are charged with aggravated assault or a violent crime in the following areas your first call should be to an experienced defense attorney.