Before Saturday’s accusation by the President of having been wiretapped by the Obama administration, the details of wiretaps were known to criminal defense attorney and prosecutors, not to the general public. But when the accusation was made, a lot more became common knowledge.

Still, the knowledge that was put out there was not necessarily accurate or relevant to the world of criminal defense. If the President was recorded via a wiretap, it was authorized by a top secret FISA Court that focuses on national security. That has absolutely nothing to do with the wiretap orders that are often put in place when the DEA is investigating drug conspiracies.

WHAT IS A WIRETAP?

A wiretap is a real-time interception of someone’s substantive communications. While most commonly this involves phone calls, email accounts are sometimes intercepted. Because more and more people are using encrypted messaging apps, federal agents are now trying to intercept these communications, though it is far more difficult to do so given that many of the companies that own and administer the software are not based in the United States.

ARE THEY LISTENING TO MY CALLS?

A huge misconception is that wiretaps are easy to get. Wiretaps are an investigative tool of last resort which requires a judge’s approval to initiate and continue. In the initial application, an affidavit explaining what investigative steps have already been taken and what steps have failed, leaving no other option other than to intrusively listen to someone’s phones or read their emails. Some of those failed steps often include:

If the wiretap produced which results in a criminal indictment (most often for conspiracy to distribute drugs), the evidence could be suppressed, or thrown out, if it can be shown that law enforcement failed to exhaust other investigative resources (i.e. cut corners) before applying for a court ordered wiretap. Of course, only a highly experienced criminal defense attorney will be able to assist in defending what is arguably the most complicated of all criminal cases.

CHARGED IN A WIRETAP CASE? GET HELP NOW!

Perhaps the biggest problem for criminal defendants charged with conspiracy to distribute because of a wiretap investigation is the fact that “you are your brother’s keeper.” In other words, while you may only have been involved in the distribution of a relatively small amount of marijuana or cocaine, you can still be held responsible for the amounts of the drugs that your co-conspirators distributed. Federal sentencing law can be very harsh in this regard. This is precisely why you need not only a highly experienced criminal defense attorney, but why you need a criminal defense attorney who is experienced in handling and challenging wiretaps in both Arizona state and federal courts. Since 2001, Jason Lamm has successfully defended individuals charged in wiretap investigations. These cases are often difficult and complicated, though Jason, through his extensive experience, knows what to look for and how best to defend his clients. If you or a family member is charged in a drug conspiracy call Jason at (602) 663-9100 to set up a confidential and comprehensive personal consultation. 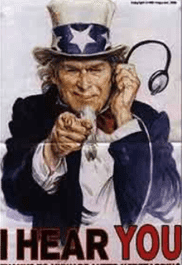