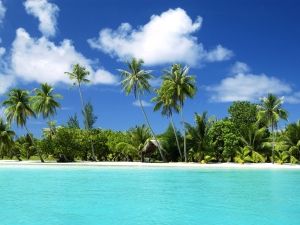 As another holiday season comes to a close, many people are returning from vacations to warm and lush tropical environments known for not only their beaches and warm weather, but also for their abundant supply of drugs such as marijuana and cocaine.

Most people bring home souvenirs like t-shirts, liquor, or sea shells. Some people, though, who vacation on the beaches of Jamaica and Mexico or take a Caribbean cruise get the bright idea to bring home drugs in their luggage or worse, smuggled inside their body. (Note to self: if you want the drugs so badly that you are forcing them up a bodily orifice, forget about a criminal defense attorney – you have a problem and need serious substance abuse counseling.)

Ports of entry into the United States are controlled by Customs and Border Protection – a division of the Department of Homeland Security. This law enforcement agency is well versed and knowledgeable about drug smuggling and keistering methods. They often refer larger smuggling cases to the United States Attorney’s Office for federal prosecution.

Unless you have kilos of cocaine or heroin taped to your body – something which clearly amounts to possession with intent to distribute – chances are that the federal authorities will pass on the case and have state prosecutors take over.

In Arizona, this usually means that if it’s not the Arizona Attorney General’s Office, either the Yuma, Santa Cruz, or Cochise County Attorney’s Office will prosecute the case. From my more than 25 years of experience as a Phoenix criminal defense attorney who handles drug trafficking cases, I can assure you that none of these agencies look to offer defendants anything less than severe penalties for drug smuggling offenses.

WHY ARE DRUG SMUGGLING CASES SO EASY FOR PROSECUTORS?

While the 4th Amendment to the United States Constitution offers strong protection to those charged with serious felony charges such as possession of marijuana for sale and possession with the intent to distribute cocaine, the US Supreme Court has made clear that you have no expectation of privacy when entering the US via a port of entry. It’s just that simple.

Now, if someone planted drugs on you and you didn’t know they were there, that’s a whole different story. I imagine that the defense would be that “On the last night of my trip, someone gave me roofies and hid a bunch of drugs inside me.” Not that I’ve ever done anything of the sort, but I have to think that you would feel bloated, and you will still have to explain how the person would plan to retrieve the drugs on the other side of the border.

DRUG SMUGGLING IS A BIG DEAL IN ARIZONA 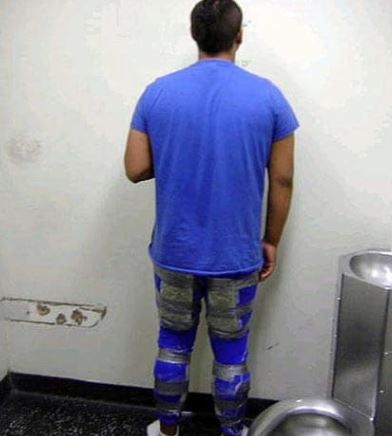 Let’s be real. If you are reading this article, it’s because you are planning to smuggle drugs or you because you did and have gotten caught. If it’s the former, don’t do it. It’s not worth the risk and your colon will thank you later.

If you have been arrested for a drug smuggling offense in Arizona, are likely facing mandatory prison time and need a criminal defense attorney who has handled these cases and can give you the best representation possible. While I’ve taken a light-hearted approach to the situation, drug smuggling is a very serious matter that can have devastating consequences. Contact me at (602) 663-9100 for a personal and confidential consultation.

And please, stick to the t-shirts. They are much better memories, even if they fall apart the first time you wash them.